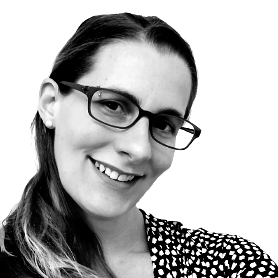 When I started at Stanford I took advantage of the world-renowned CCRMA (Center for Computer Research in Music and Acoustics). In 2017 I audited the Music 220a course, Fundamentals of Computer-Generated Sound. One of the assignments was to make a binaural sound play.

While auditing this class, I was also teaching an upper-level undergraduate laboratory course and a lot was going wrong (fabrication delays, incorrect soldering of delivered components, poorly written industrial SDKs…). My play was about the constant feeling of being overwhelmed that I had at the time.

As part of my music minor at MIT, I also took two electronic music composition classes (21M.301 and 21M.302). Below are some compositions I made for the class, as well as some I did on my own time.

Alright, it’s more than one line, but merely for the sake of readability. To hear it on a Linux machine, it can be compiled with ‘gcc prog.c’ and simply pipe the output to aplay like so: ./a.out | aplay -r 44100. The word “colleen!” can be changed to anything, though only the first 8 contribute. Fewer characters is also OK. The sound changes are not too drastic, so to get more variation the numbers and operations need to be played with.

I worked on this with Kyle Miller . The formula is adapted from one found here.

Here's a bonus piece of the same 8-bit music piece convolved with the impulse response of Symphony Hall 8 times. It is ambient, with a nice foreboding feeling.

The samples were recorded various places around MIT, except the ethereal voices are from ‘Neptune’ in Holst’s ‘The Planets’.